What to Do If You’re Fired From Your First Job

Whether you were laid off, downsized or fired, it all means the same thing — you’re out of a job. If it was your first one, the loss can be particularly crushing to your postgrad ego.

“It’s a shock. I speak with people who call me and are absolutely stunned and are like, ‘What do I do now?’” says Rebecca “Kiki” Weingarten, a career coach in New York City.

In those first days, weeks and months after you lose your job you’re going to need a plan of action to get your career back on track. Here’s how to do it. 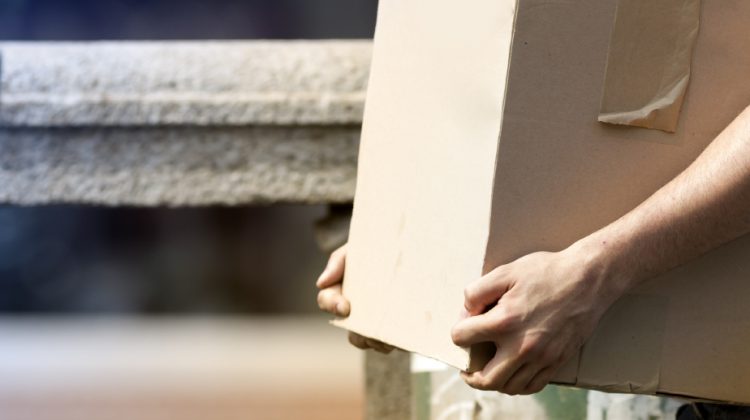 You’re going to be upset if you get the boot. But try not to blurt out negativity about your former employer on your social networks.

“Curb the urge, because you will put stuff out there that you will regret in that first day,” Weingarten says. Think about a potential employer seeing a nasty tweet next to your name when you apply for a job.

Weingarten suggests keeping off social media and surrounding yourself with your immediate support network in the first days after losing your job. This gives you time to gather your thoughts and acknowledge your emotions with no long-term impact on your public image.

It may take a while to land a new job, so you’ll need to evaluate your finances and determine if you need to cut back, and where.

If you curtail expenses now, you may be able to wait for the right job instead of taking the first one that comes along, says Angela Copeland, a career coach and founder of Copeland Coaching in Memphis, Tennessee. “Some people end up having to accept a job that isn’t a good fit for them because they have no other choice,” she says.

More ways to be money smart:

If you have the chance, before you leave your company, try to gather information on clients and other professional contacts you might reach out to in the future.

“If you’re a person who immediately flies into action in order to assert control over your situation, then the first thing I recommend is to review your contacts,” Weingarten says. Start thinking about who you’ll approach when you begin your job search.

As for the co-workers you left behind, Weingarten suggests composing an email that keeps it light. “Don’t put anything out there like ‘So long, suckers!’ What you’re trying to do with any kind of contact here on out is to maintain good ties,” she says. Include your contact information in the email as well and make sure to gather personal email addresses from colleagues you might reach out to for a future reference.

Even if the circumstances under which you left your job weren’t the best, if you were there longer than six months, it belongs on your resume. This is a good opportunity to reflect on what you did well in your job and the skills you can bring to a new position.

“There were probably some positive aspects of your job that went well. Focus your own mind around those things rather than that one really bad thing on the last day,” Copeland says.

There’s no need to discuss your job loss on your resume or in a cover letter. If you snag an interview you can do a much better job talking about it in person, if you have to address it at all.

Talking about a job loss to a potential employer is difficult, but you shouldn’t lie about it either, says Jill Jacinto, associate director for the career site WORKS. You never know who knows who, especially if you’re applying for jobs in the same industry as your last position. With this in mind, she suggests only pushing the information you want your potential employer to learn about you.

“Deflect, deflect, deflect. There is an art to that. It’s not just avoiding information you don’t want out there, it’s about keeping the interviewer on task,” Jacinto adds. “You want to make sure you’re not getting lost down the path of a conversation that isn’t selling you.”

Depending on the circumstances of your job loss, you might simply say, “It wasn’t a good fit. I’m a better match for your company, and here’s why.”

If the interviewer presses for further information, Copeland says, “You want to be very brief, very honest and hopefully there are some positive things you can talk about. Take the energy away from the firing as much as you can.”

Even if you don’t maintain warm, fuzzy feelings toward your former employer, keep it positive. Bashing your old company or a bad boss will only make you look bad.

“Say, ‘It was a great company to work for’ and talk about the positive elements of that job that you would bring to the job you’re interviewing for,” suggests Jacinto.

Reflect on past mistakes

It’s too late to work things out at your previous job, but it’s not too late to learn from your mistakes and apply that wisdom to your next position.

The best way to pick yourself up after a job loss is to be introspective. If you don’t think about what you may have done wrong and learn from those actions, you’re going to keep failing, says Jacinto. Understand how your work could have been better — but try not to dwell. You don’t want past missteps to haunt you.

“It’s something that has happened to a lot of people and you’re not the first person it’s happened to,” says Copeland. “You’ll get past it eventually.”